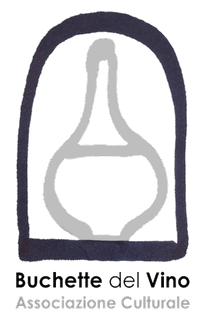 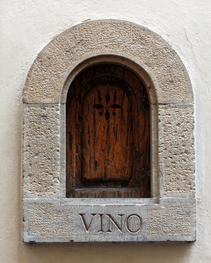 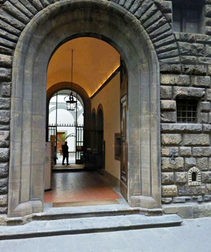 What are wine windows?

the wine from their own vineyards directly to clients.They were normally carved out

out of the large wooden doors of the palace. They often had a small door with a

knocker. A client could knock on the door of the wine window and request that his

bottle be filled. The wine windows were individually made and no two are exactly

alike. They are of similar dimension, however, about 20 x 30 cm, large enough to

When where they first used?

windows. The wine windows were still in occasional use as late as the early 1900s,

Wine windows can be found primarily in Florence, but also in other cities and towns

of Tuscany. They are primarily located next to the main front door of large palaces

of wealthy land-owning families, and were often connected directly with a storage

They are usually at eye level to facilitate the transaction, although a few are located

at foot level, with direct access to the wine cellar.

How many are there?

these are in the historical center). More than 100 wine windows are located in 30 other

localities in Tuscany. These are unique architectural features which do not exist

in any other place in the world.

How to get more information

If you want more information about these rare architectural features, visit the website